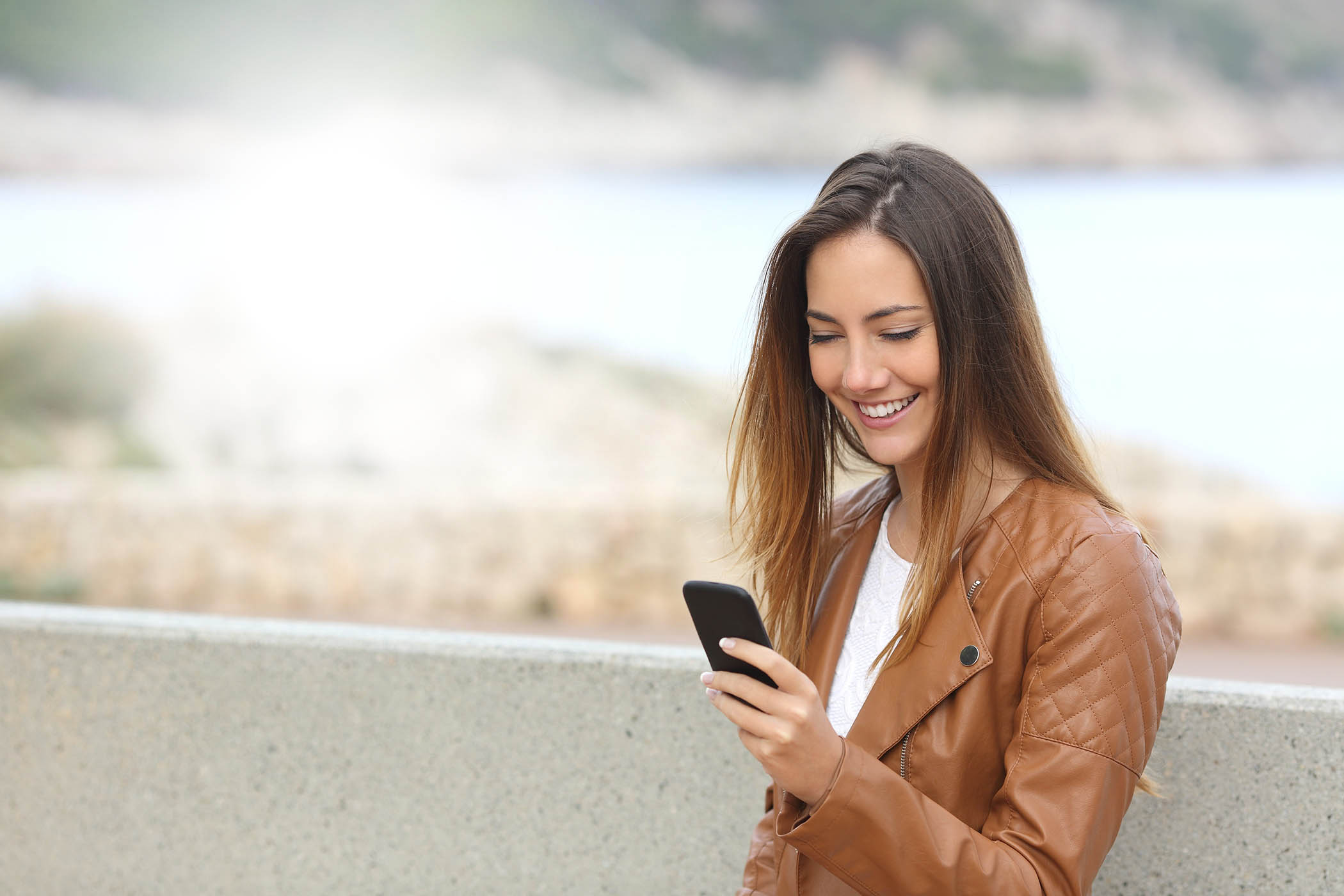 Get old, new and deleted text messages
from a cell phone

Monitor Text Messages Remotely From Your Own Device

Get instant access to every text message that is sent and received, even if it has been deleted!

With Auto Forward, you can monitor text messages and get OLD & DELETED texts and ALL new texts from ANY Android device or iPhone.

With Auto Forward Cell Phone Monitoring and Tracking Software, data is collected from the target phone (the phone you want to monitor) and uploaded to your Secure Online Account where you can see it anytime you want. To view text messages and all other activity on the target phone, all you have to do is login into your account and you will see everything just as it appeared on the monitored phone. Data from the target phone can be displayed directly on your own cell phone, tablet, or laptop. You be able to keep constant watch from anywhere, anytime.

Here’s What You Get:

Ever wonder who your child is texting? Is it someone you really wish they wouldn’t text? Are they ever chatting with a random name like, JDU1876? Does all of this make you nervous? Have you wanted to hire your own private investigator to see what your child is doing on their phone? Auto Forward can help you!This world is scary enough and you don’t need to worry about your child and their technology on top of everything else. Let Auto Forward ease your mind and monitor your child’s phone activity for you! Auto Forward cell phone monitoring software gives you the capability to monitor every text message, call, social media activity, and a variety of other activities.

The text message feature is one of the most popular features this software has to offer. Have every text sent and received to and from your child’s phone. All this information gets logged into your control panel, giving you a nice, clean way to view all the information collected from the text message feature and more! For Auto Forward to gather information, the app will need to be installed to the device you want to monitor. All this information on the control panel is completely secure and private, so you’ll be able to monitor your child’s phone secretly.

The best thing you can do for your child is educate them on how to properly use the internet and the dangers that come with using it. Cell phone monitoring software can be used to check up on them and make sure they’re following your guidance. With the Auto Forward Cell Phone Monitoring Software, you can rest assured that you’re doing the most you can to make sure that your child is safely using technology.

How Auto Forward Can Help Spy On Text Messages

Remember the straightforward days when you could overhear a conversation by simply being in the next room and lowering the volume on the television? Kids today are more likely to be covert about their activities because of their access to cell phones. Do you ever wonder how you can monitor text messages in today’s fast-paced digital world?

People are attached to their cell phones like a fish to water. They take them everywhere. They sleep with them. They look at them immediately when waking up. Cell phones rule our world – but it’s not all just Candy Crush, Facebook, and Fortnite. Our work documents can be stored on our phones for easy retrieval. We can Facetime or have Skype calls for business. Basically, we couldn’t live without our cell phones.

But this is especially true for tweens and teenagers. Today’s technology makes it simple for teenagers to connect to the world – the world they know and also the one they don’t. According to commonsensemedia.org, “teens are diversifying.”

“Gone are the days of Facebook as a one-stop shop for all social-networking needs. Recent reports go back and forth on teens’ favorite digital hangout, but the fact is that these days, teens are diversifying: dividing their attention among an array of apps and sites that let them write, share, chat, and meet new friends. It may seem more complicated to share photos on Instagram, post secrets on Whisper, flirt with people on Skout, and share jokes on Twitter, but tweens and teens seem to enjoy keeping up with their various virtual outposts, and each one offers something different. (And they’re doing lots of positive things on social media!)

You don’t need to know the ins and outs of all the apps and sites that are ‘hot’ right now (and frankly, if you did, they wouldn’t be trendy anymore). But knowing the basics — what they are, why they’re popular, and what problems can crop up when they’re not used responsibly — can make the difference between a positive and a negative experience for your kid.”

With all this social media activity, it’s no wonder that parents continue to worry about their kids’ online lives. Inappropriate texts, chats, pictures, and videos continue to surface. Stories in your own social media newsfeed continue to crop up: this young girl met a stranger online and disappeared, this young man posted a nude photo and sent a group message, or a drunk party behavior became a viral video. An Instagram feud grows between two kids. With celebrities and athletes displaying online, kid role models seem to be dwindling and kids emulate that bad behavior. How can a parent keep pace with their kids’ lives to protect them?

The best way to keep track is with a cell phone monitoring software that can track text messages, especially if teenagers’ online hangouts are ever-changing. And it’s inevitable: as soon as a parent catches on to one social media site, the kids have moved on to another.

How Does it Work?

A product like Auto Forward Monitoring App can retrieve all text messages on a target phone: new, old, and even the deleted ones. Once you download the monitor text messages software, you’ll get instant access to the information you want most within minutes! You’ll also get a unique user panel where you can not only view all photos and videos, but you’ll also have access to all texts and social media activity as well.

Why Monitoring Text Messages Is Important

According to a recent Nielsen survey on mashable.com, the average teen sends almost 3500 texts per month, and the largest amount of texts fall into the 13-17 age range:

“The number of texts being sent is on the rise, especially among teenagers age 13 to 17. According to Nielsen, the average teenager now sends 3,339 texts per month. There’s more, though: teen females send an incredible 4,050 texts per month, while teen males send an average of 2,539 texts. Teens are sending 8% more texts than they were this time last year. Other age groups don’t even come close, either; the average 18- to 24-year-old sends ‘only’ 1,630 texts per month. The average only drops with other age groups. However, in every age bracket, the number of texts sent has increased when compared to last year. Texting is a more important means of communication than ever.”

And if you need any more proof that a cell phone monitoring app to track text messages is necessary, you only have to watch the news to see the recent horrific school shootings and cyberbullying incidents. Now a parent can view their child’s texts to see WHO they’re texting, WHAT pictures they are sharing, and WHERE they plan on going. Some people may call it invasive, others view it as a modern way to prevent a life-altering mistake or stop bad behavior in its tracks.

– Remote Access
Another outstanding feature about Auto Forward is that you can monitor the target phone from anywhere, on any device. Going on vacation and want to make sure that party your daughter planned doesn’t happen? Just access your user control panel from your own cell phone, tablet, or computer. This modern and outstanding software allows you to keep tabs across the country, across the world, or just across the street.

– Protecting Your Business
Monitoring text messages can also protect your business by allowing a business owner to keep tabs of employees on and off site. If you issue company-owned cell phones, a cell phone monitoring software like Auto Forward allows you to follow an employee and ensure that your hard-earned work hours are not going to waste. Companies such as Movers, delivery services, realtors, contractors, and much more, can benefit from Auto Forward’s robust monitoring features.

– The Fast-Paced World Isn’t Slowing Down
The digital world and the technology moves at break-neck speed and shows no signs of slowing down. As a parent or employer, you can stay ahead of the modern curve by using a cell phone monitoring software like Auto Forward to monitor text messages, keep up with social media activities, and see all posted pictures and videos on a target phone.